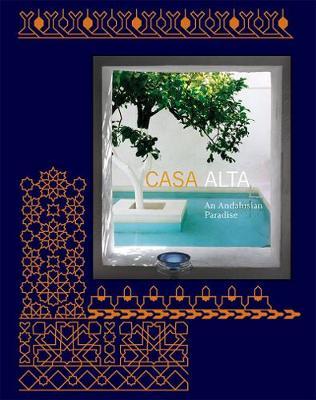 When San Franciscans Victor Carrasco and Elizabeth McMillan bought their dream home in 1978, an abandoned courtyard house in a small Andalusian village in Southern Spain, they had little idea of the adventure ahead of them, beyond the immediate task of restoring an old building in poor condition. In addition to lacking modern amenities like plumbing and electricity, the fifteenthcentury Casa Alta featured a partly caved-in roof, a cracked facade, and a collapsed central arcade. What attracted the intrepid couple was not the structural mayhem facing them, but the spaces the three-footthick whitewashed walls enclosed, including two large courtyards, panoramic views of the landscape, and the ineffable history of a house that dates back to Roman times. Casa Alta presents the breathtaking results of a nearly three-decade-long labor of love. Stunning photographs capture the lived-in details of the house-part sanctuary and part labyrinth-from vibrant tiles and textiles to calming plants and pools. Bursting with color, pattern, light, and texture, Casa Alta is a fount of creative inspiration and an extraordinarily moving personal story sure to captivate anyone who has ever dreamed of renovating a historic home.