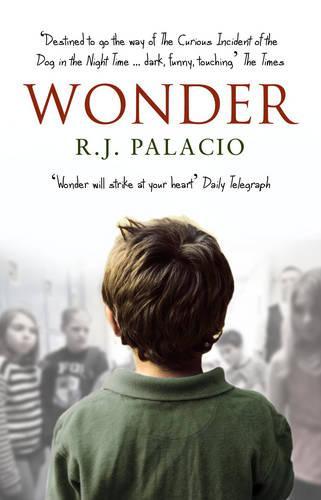 The story of ten-year-old August Pullman, an ordinary boy with an extraordinary face, perfect for CURIOUS INCIDENT fans. ‘My name is August. I won’t describe to you what I look like. Whatever you’re thinking, it’s probably worse.’ Ten-year-old August Pullman wants to be ordinary. He does ordinary things. He eats ice-cream. He plays on his Xbox. He feels ordinary - inside. But Auggie is far from ordinary. Born with a terrible facial abnormality, he has been home-schooled by his parents his entire life, in an attempt to protect him from the cruelty of the outside world. Now, Auggie’s parents are sending him to a real school. Can he convince his new classmates that he’s just like them, underneath it all? Narrated by Auggie and the people around him whose lives he touches, Wonder is a frank, funny, astonishingly moving debut to be read in one sitting, pass on to others, and remember long after the final page.