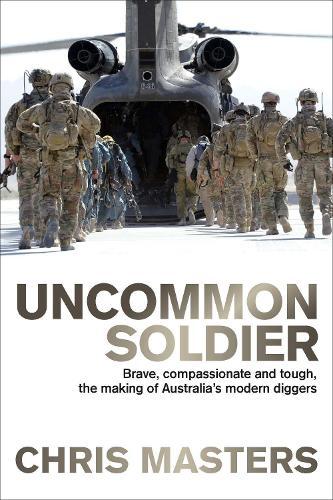 Chris Masters, the country’s foremost investigative journalist, turns his penetrating gaze on the modern Australian soldier. Moving away from our ongoing fascination with the Anzac story, he looks at the rich and illuminating present to write a character study of the modern Australian soldier - war fighter, peacekeeper, street-level diplomat and aid worker. Having been taken into their ranks in a way rarely before afforded an outsider, Masters gives heart and shape to the contemporary digger: how they are selected, how they are led, and how they are transformed from civilians to disciplined professional soldiers. And in asking if they are unique, he examines what it is that allows these young Australians to lend moral authority to communities teetering on the precipice of violence in places such as Somalia, Iraq and Afghanistan. By sharing the experiences of the young men and women who make up the Australian army, Masters puts under severe challenge the notion that soldiering is the province of dumb grunts. In doing so, he argues that the best measure of this country’s military legend is found in the present. Uncommon Soldier is a rare and powerful work.