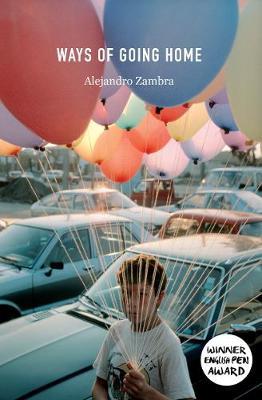 Growing up in 1980s Chile, a young boy plays hide and seek in the suburbs of Santiago with his friends while the adults become slowly entangled in the violence of Pinochet’s regime - accomplices and victims of the brutal dictatorship. As the country shudders under authoritarian rule, the boy creates stories of his own to explain the sporadic scenes of violence, the disappearances, and the deafening silence of his mother and father.
Until, on the night of the Santiago earthquake, a mysterious girl named Claudia appears among the children and the boy’s world is changed forever.
Now, as a young man reflecting on the tragedies of his childhood, he must find the courage to confront as an adult what he could not have known as a child, and to untangle Chile’s troubled past. As he struggles to begin a novel which will encompass the clash between innocence and complicity, the boundaries between fiction and reality blur, and the beautiful Claudia comes back into his life.
Ways of Going Home is a heartrending novel from a rising star of Latin America literature. It is the tragic story of the collateral damage caused by the Pinochet regime, and the burden borne by the new generation as they come to terms with their fragile history.
$27.99Add to basket ›