Death in Sentari: A Barry Forester and Rebecca Jones adventure 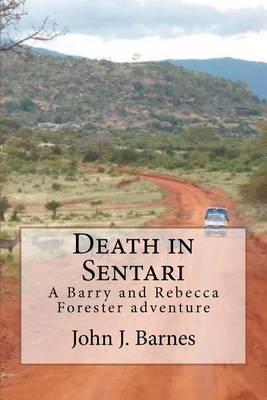 Death in Sentari: A Barry Forester and Rebecca Jones adventure

When Sentaran Muslim terrorists attack their safari lodge and the slaughter of tourists begins, young and naive Americans Barry and Rebecca flee in panic. Together they find haven high in nearby mountains, but mistaken for invading mercenaries, pursuers chase and find them. They flee again, attempting a dangerous journey on bad roads across unforgiving African landscape to the sentaran capitol in hopes of reaching the American Embassy alive. As they near the city, an Army general launches his own insurrection. The city fills with trigger-happy troops who randomly begin killing civilians. Unable to read or speak the language, and ignorant of the terrain, Rebecca and Barry quickly adapt. To avoid death, they kill. Then their flight to freedom ends. Imprisoned in the notorious Gulag, they face torture and certain death. By then, they’ve not only fallen in love, they’ve made questionable life-altering decisions from which there’s no turning back.