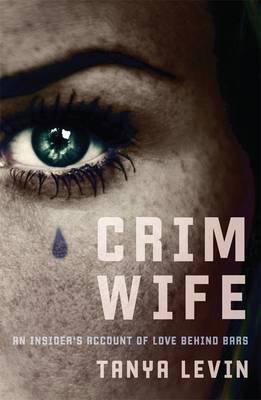 You could have gotten to the top. You’re smart enough. But now you’re going to end up as just another dirty, scummy, rotten crimwife.‘ How far would you go for love? Some women commit crimes to help their lovers, while others spend years on the run. Tanya Levin gave up her career as a prison social worker to pursue romance with an inmate. From her first day over on the visitors’ side of the fence, she became a crimwife. Some women make the leap in the chaos of their loved one’s arrest; others, like Levin, choose a relationship knowing the stakes. Crimwife is a glimpse inside a secret and brutal world, where convicted men live by unwritten codes and expect their women to do the same. In her five years as a crimwife, Levin met women of all ages and backgrounds who lived behind invisible bars, stuck in the house awaiting daily six-minute phone calls. She became curious about their different paths. How did they fall for a bad boy? How did they cope with their partner locked up? What made them stay - or finally walk away? In Crimwife, she tells their stories, and her own, with the honesty, black humour and insight that can only come from experience.