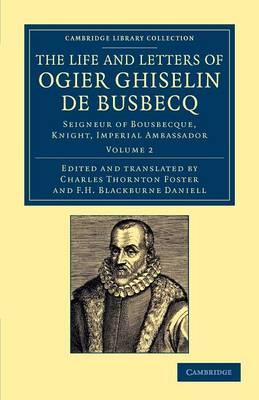 Ogier Ghiselin de Busbecq (1522-92) was a Flemish herbalist, diplomat and writer. In 1554, Ferdinand I, soon to be Holy Roman Emperor, dispatched him to Suleiman the Magnificent’s court as an ambassador to the Ottoman empire, where Busbecq spent years negotiating a border dispute between his employer and the sultan. While there, he also discovered important manuscripts and sent the first tulip bulbs to Europe. He returned to Vienna in 1562, where he acted as counsellor to Ferdinand, after whose death he continued to serve the Habsburgs. This two-volume work, first published in 1881, contains Busbecq’s letters, edited and translated into English from Latin by two Cambridge scholars. Volume 2 contains letters written in France to the Holy Roman Emperors Maximilian II and Rudolph II, and an index and appendix to both volumes, the latter including Busbecq’s itineraries and a helpful outline of Hungarian history.