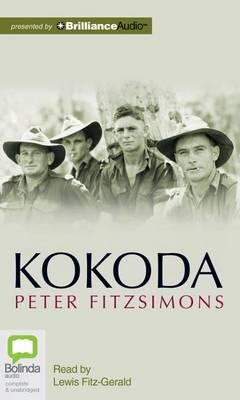 For Australians, Kokoda is the iconic battle of World War II, yet few people know the names of the men who fought on the track, or even the details of what happened. More Australians died in the months of fighting in Papua, than in any other campaign of World War II. Now bestselling author Peter FitzSimons tells the Kokoda story in a gripping, and moving, style for all Australians.Kokoda was a defining battle for Australia, where a small force of young, ill-equipped Australians engaged a highly experienced and hitherto unstoppable Japanese force on a narrow, precarious jungle track. Again and again, the outnumbered Australians risked everything to stop the Japanese from advancing along the track towards mainland Australia.Kokoda is a superb blend of authority and gripping storytelling history at its best.