A Shorter History of Australia 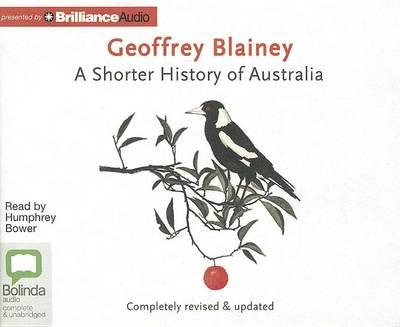 A Shorter History of Australia

After a lifetime of research and debate on Australian and international history, Geoffrey Blainey is well placed to introduce us to the people who have played a part and to guide us through the events which have created the Australian identity: the mania for spectator sport, the suspicion of the tall poppy, the rivalries of Catholic and Protestant, Sydney and Melbourne, new and old homelands, the conflicts of war abroad and race at home, the importance of technology, the recognition of our Aboriginal past and Native Title, the successes and failures of the nation.For this enlarged edition Blainey has rewritten or expanded on various episodes and themes. He has described significant events and trends of the early 20th century. A final chapter summarises key factors that shaped and still shape this country’s history.