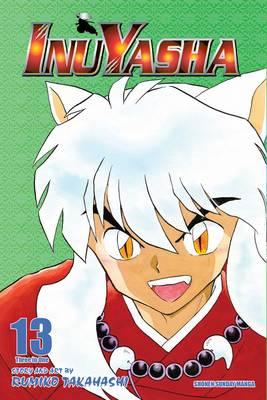 Rumiko Takahashi’s epic in a large prestige format including bonus color pages! Kagome is an ordinary modern schoolgirl living an ordinary life. Who would have thought the dried-up old well on the site of her family’s shrine would be a gateway to Japan’s ancient past? Drawn through the gate against her will, Kagome finds herself battling demons for control of what she thought was a worthless trinket but is actually a powerful magical gem, the Shikon Jewel! Together with an unlikely ally, the half demon Inuyasha, Kagome begins a quest to recover the shards of the Shikon Jewel and learn more about her link to the past. Uneasy Alliances To get the drop on Naraku, Kohaku hides the fact that he has recovered his memory. But can he handle the knowledge of the evil he has committed while in Naraku’s thrall…? When Inuyasha and his allies become locked in combat with Hakudoshi, their erstwhile enemy Kagura fights by Inuyasha’s side. Can she be trusted…? Then, while Naraku and Midoriko seek to capture Koga and Kohaku and rip the Shikon Jewel shards out of their bodies, Inuyasha and the gang stumble across a sword with intriguing powers. Could this new weapon be the key to a definitive victory…?