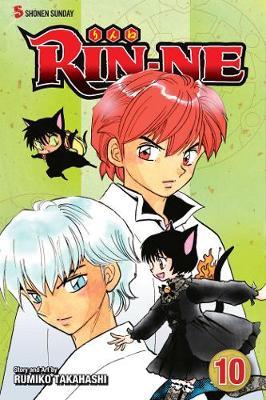 The latest series from one of Japan' s greatest man Ever since a strange encounter when she was a child, Sakura Mamiya has had the power to see ghosts. Now in high school, she just wishes the ghosts would leave her alone! When her mysterious classmate Rinne Rokudo shows up, Sakura finds herself following him into the amazing world between life and death! The Shinigami Ageha caught more than she bargained for when she tried to set a trap for her troublesome Black Cat by Contract, Oboro. Now Rinne has to try and capture a giant mongoose spirit and settle Ageha and Oboro’s contract dispute! Reads R to L (Japanese Style) for teen plus audiences.