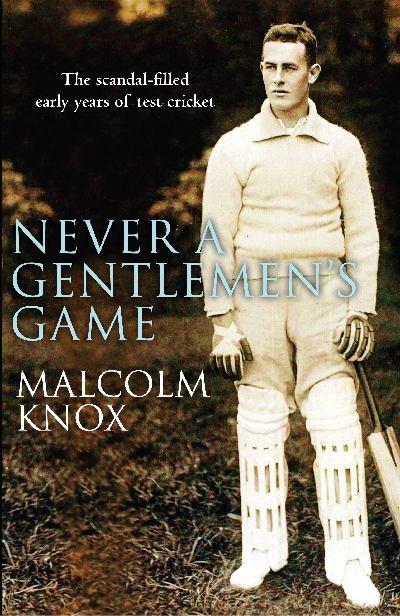 Compared to the controversies of contemporary cricket – riven as it is with match-fixing, gambling, cheating and national politics – most people think of the early days of Test cricket as a time of gentlemanly competition and camaraderie, with any disputes settled by Queensberry Rules over a glass of port.

Not so. History shows us that cricket between the 1870s and 1914 was fraught with exactly the same bitter, vicious and greedy bad behaviour as the current game. It was cricket in the raw, explored in depth for the first time by the insightful eye of Malcolm Knox, with a genuine affection for the legends of the day – players like WG Grace, Fred Spofforth, Victor Trumper, Joe Darling, Monty Noble and Stanley Jackson.