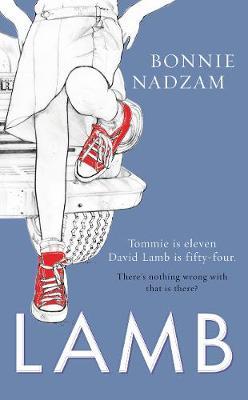 ‘She was coming toward him in a crooked purple tube top and baggy shorts and brassy sandals studded with rhinestones. She carried a huge pink patent-leather purse and was possibly the worst thing he?d seen all day.'Hi.? She had a little gap between her teeth, and her eyes were wide set, and she had one of those noses with perfectly round nostrils. She was a pale little freckled pig with eyelashes. 'I?m supposed to ask you for a cigarette.?This ugly kid before Lamb was obviously the brunt of a joke. Stupid. And reckless. Had they any idea who he was? Why he was standing alone in a black suit? What kind of heart, if any, hung inside him? And how was this not a joke on him? He took a pull on his own cigarette and put it out on the bottom of his beautifully polished shoe.?Tommie is eleven. Lamb is a middle-aged man.He is convinced that he can help her avoid a destiny of apathy and emptiness.He even comes to believe that his devotion is in her best interest.

The Women’s Prize for Fiction 2013 Longlist

END_OF_DOCUMENT_TOKEN_TO_BE_REPLACED

The Light Between Oceans

The People of Forever are not Afraid