Dial M for Murdoch: News Corporation and the Corruption of Britain 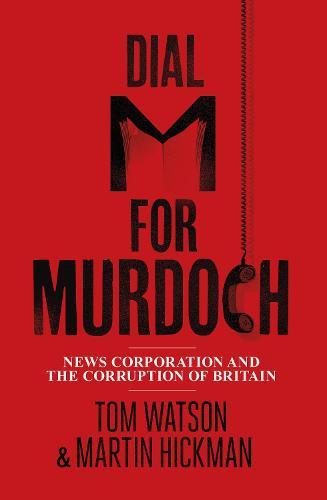 Dial M for Murdoch: News Corporation and the Corruption of Britain

‘This book uncovers the inner workings of one of the most powerful companies in the world: how it came to exert a poisonous, secretive influence on public life in Britain, how it used its huge power to bully, intimidate and cover up, and how its exposure has changed the way we look at our politicians, our police service and our press.’ Rupert Murdoch’s newspapers had been hacking phones, blagging information and casually destroying people’s lives for years, but it was only after a trivial report about Prince William’s knee in 2005 that detectives stumbled on a criminal conspiracy. A five-year cover-up then concealed and muddied the truth. Dial M for Murdoch gives the first connected account of the extraordinary lengths to which the Murdochs' News Corporation went to put the problem in a box (in James Murdoch’s words), how its efforts to maintain and extend its power were aided by its political and police friends, and how it was finally exposed. The book is full of details which have never been disclosed before in public, including the smears and threats against politicians, journalists and lawyers. It reveals the existence of brave insiders who pointed those pursuing the investigation towards pieces of secret information that cracked open the case. By contrast, many of the main players in the book are unsavoury, but by the end of it you have a clear idea of what they did. Seeing the story whole, as it is presented here for the first time, allows the character of the organisation which it portrays to emerge unmistakeably. You will hardly believe it.