The Wolf and the Watchman: a CIA childhood 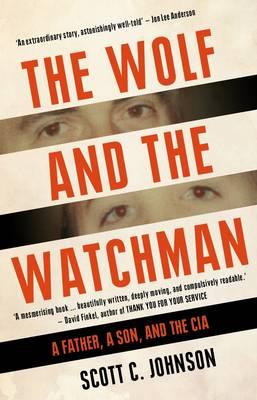 The Wolf and the Watchman: a CIA childhood

What happens when a father asks his son to lie for the greater good? Growing up, Scott Johnson always suspected that his dad was different. Only as a teenager did he discover the truth- his father was a spy, one of the CIA’s most trusted officers. And, as Scott came to realise, his father had been living a double life for so long that his lies were hard to separate from the truth. When an adult Scott embarked on a career as a war correspondent, he found himself returning to many of the troubled countries of his youth. In the dusty streets of Pakistan and Afghanistan, amid the cold urbanity of Yugoslavia, and down the mysterious alleys of Mexico City, he came face to face with his father’s murky past - and his own complicity in it. The Wolf and the Watchman is a provocative, meditative reckoning on truth, deception, and manipulation, and the fidelities we owe to ourselves and to our families. It is also an intensely personal story of a bond between father and son that endured in the shadow of one of the world’s most secretive and unforgiving institutions.