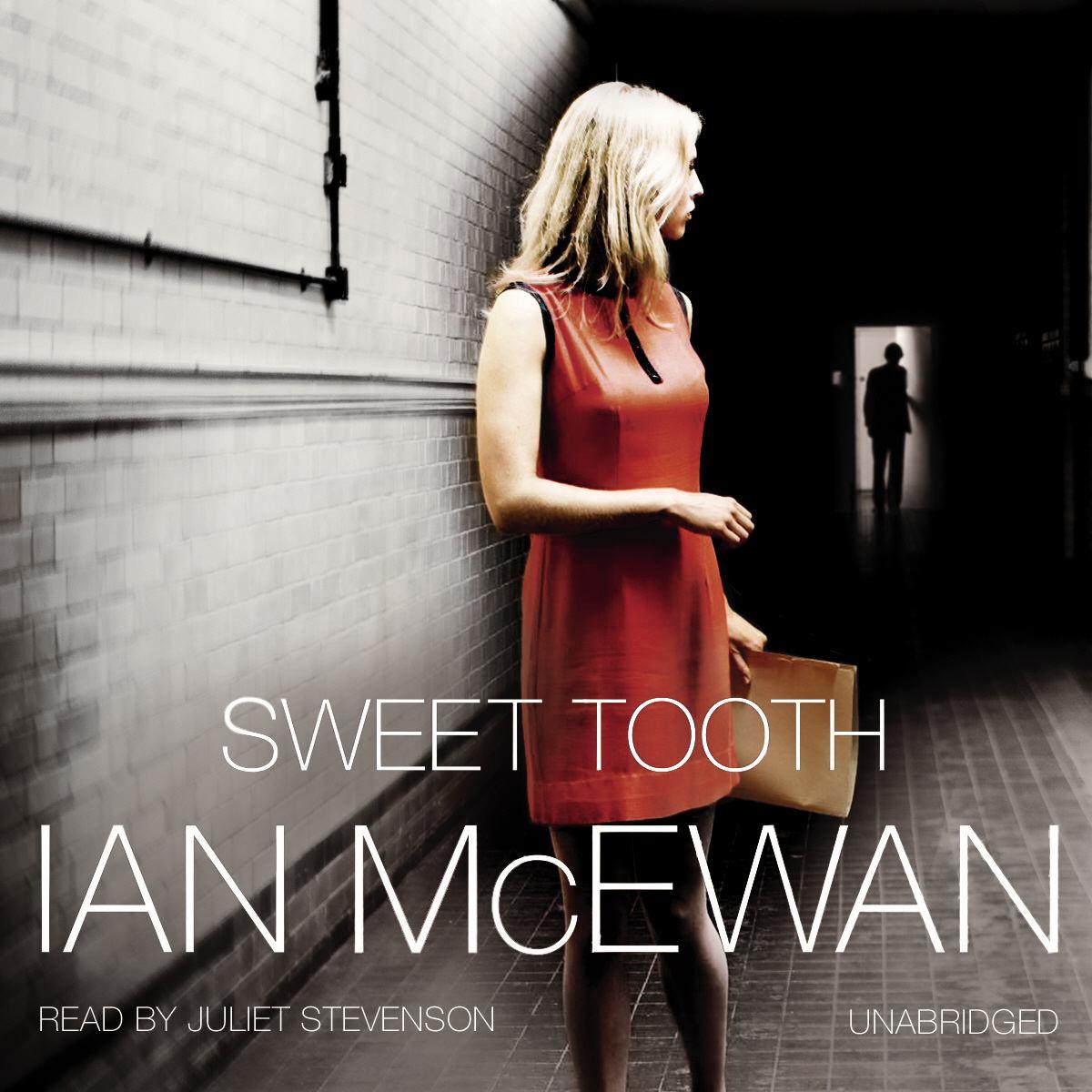 Britain, 1972. Serena Frome, the beautiful daughter of an Anglican bishop, finds herself being groomed for the intelligence services in her final year at Cambridge.

The cultural cold war continues and the country is being torn apart by industrial unrest and terrorism. Serena is sent on a ‘secret mission’ which brings her into the literary world of Tom Haley, a promising young writer.

First she loves his stories, then she begins to love the man. Can she maintain the fiction of her undercover life? To answer this question, Serena must abandon the first rule of espionage … Trust no one.

McEwan’s mastery dazzles us in this superbly deft and witty story of betrayal and intrigue, love, and the invented self.

It is grating, though perhaps inevitable that the press around Sweet Tooth will probably eclipse the book. Ian McEwan is, after all, a man in the literary spotlight. A Booker Prize winner in 1998 with Amsterdam, he is today one of Britain’s leading literary and commercial exports, an author with the rare luck of the guaranteed bestseller.

In 1970s Cold War Britain, Serena Frome (‘rhymes with plume’) is a young Cambridge graduate. Her older lover quietly recruits her to MI5. Her mission, ‘Sweet Tooth’, is to enlist Tom Haley, a young liberal writer, to an imaginary foundation where he will unknowingly contribute to the cultural Cold War (into which the Western world ‘poured hundreds of millions’). In this ambiguous web of secrecy and confusion, Serena and Tom fall in love. It’s a shame to spoil the twists and intricacies of this subtle spy novel – suffice to say, in McEwan’s own words, that it plays fascinating ‘games with perspective’.

Like all McEwan’s novels, the devil really is in the detail. I think McEwan is at his finest here, writing the devastating nuances of secrecy, competition and alienation into love with his first female narrator since Atonement’s Briony. Men ‘writing women’ are often hauled over the coals, but I am genuinely impressed with McEwan’s Serena. His seductive prose captures perfectly the strange weightlessness of one’s 20s – uncertainty, boredom, recklessness, infatuation – and immaculate research supports his characters, rather than dominating or crushing the story (as it does at points in both Saturday and Solar). Incidentally, McEwan once revealed in an interview that he even applied to MI5, but was unsuccessful.

Sweet Tooth is not a moral riddle (Amsterdam) or a thriller (Enduring Love) – it’s a romance, stiller and more elegant than much of McEwan’s work. It’s also a bittersweet celebration of all things British. Though McEwan is quick to downplay nostalgia, cameos of friends and publishers – Martin Amis, Ian Hamilton, Tom Mashler – seem to surround a younger incarnation of the author himself in Haley’s character. At times the novel seems oddly distant, distinctly lacking in pace - but McEwan’s famous goal of ‘inciting a naked hunger’ for information in his reader is hidden, not missing, and the reader is quickly hooked.

McEwan writes the timeless dramas of his relationships with an eye to the world and this is no exception. An interesting take on the spy novel – understated yet compelling, and a fantastic read.

Imogen Dewey is a bookseller at Readings Carlton. She reads chocolate and eats books. She has next to no general knowledge, but does have a diet quite high in fibre.

Serena Frome, the beautiful daughter of an Anglican bishop, has a brief affair with an older man during her final year at Cambridge, and finds herself being groomed for the intelligence services. The year is 1972. Britain,...