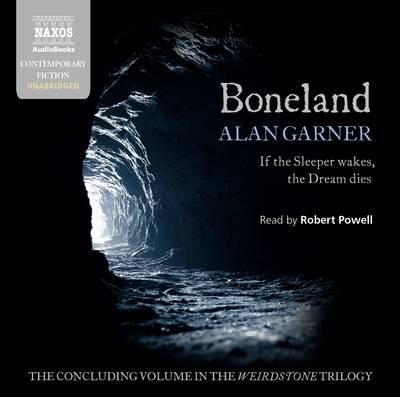 Boneland is Alan Garner’s continuation of the story thread which began in his first and enduringly popular fantasy children’s novel, The Weirdstone of Brisingamen. The Weirdstone was published in 1960 (it has never been out of print since), and The Moon of Gomrath followed, in 1963. This took the story further with the same two children, Colin and Susan. But Boneland is particularly fascinating because it takes the story into adulthood, with Colin again the main proponent. Boneland is read by the experienced actor Robert Powell, at the request of Alan Garner himself.