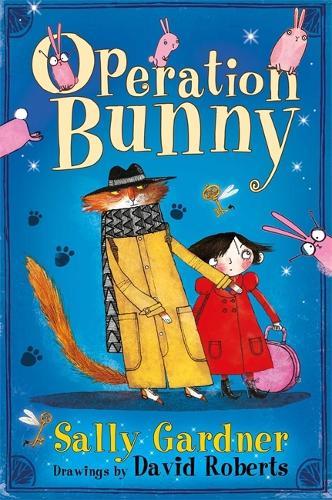 Emily Vole makes headline news in the first weeks of her life, when she is found in an abandoned hatbox in Stansted Airport. Then, only a few years later, her neighbour Mrs String dies leaving Emily a mysterious inheritance: an old shop, a small bunch of golden keys and a cat called Fidget. It’s the beginning of an adventure of a lifetime as the old Fairy Detective Agency comes back to life. It is up to Emily to reopen the shop, and recall the fairies to duty. Together they must embark on their first mystery and do battle with their great fairy-snatching enemy, Harpella.

END_OF_DOCUMENT_TOKEN_TO_BE_REPLACED

Class Six and the Nits of Doom

The Pirate Company: On the Trail of the Golden Toucan

Timmy Failure: Mistakes Were Made

A quirky series about a fairy detective agency brimming with mystery and magic by million-copy selling author Sally Gardner, and illustrated by bestselling artist, David Roberts.