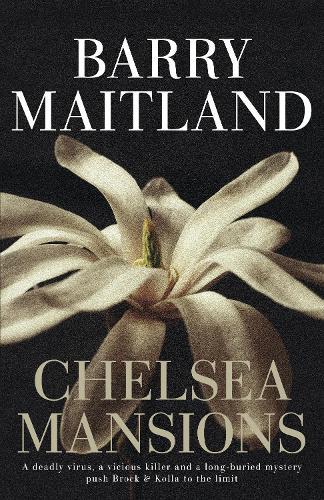 When Nancy Haynes, an elderly American tourist, is brutally murdered in a seemingly senseless attack after visiting the Chelsea Flower Show, DI Kathy Kolla suspects there is more to the case than first appears. When another occupant of the palatial Chelsea Mansions is murdered hot on the heels of the first - but this time a Russian oligarch - everybody wants to get involved. Is it a Litvinenko-style KGB assassination? The spooks muscling in certainly think so. Are the murders linked? Or is Nancy’s death just the result of mistaken identity? Kathy is determined to dig deeper, but comes up against walls of silence. If she persists, does she risk her career - and possibly more? DCI Brock, meanwhile, faces the fight of his life as his past comes back to haunt him. A crime long buried, a deadly African virus, and some of the most resourceful criminals Brock and Kolla have ever faced, conspire to make this Maitland’s best mystery yet.