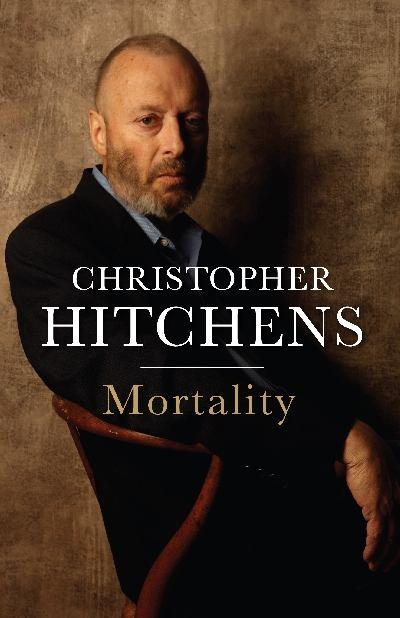 During the US book tour for his memoir, Hitch-22, Christopher Hitchens collapsed in his New York hotel room to excoriating pain in his chest and thorax. As he would later write in the first of a series of deeply moving Vanity Fair pieces, he was being deported ‘from the country of the well across the stark frontier that marks off the land of malady.’ Until his death in 2011 he underwent the brutal gamut of modern cancer treatment, enduring catastrophic levels of suffering and eventually losing his voice. Mortality is the most meditative piece of writing Hitchens has ever produced; at once an unsparingly honest account of the ravages of his disease, an examination of cancer bathroom etiquette, and the coda to a lifetime of fierce debate and peerless prose. In this eloquent confrontation of mortality, Hitchens returns a human face to a disease that has become a contemporary cipher of suffering.

Mortality is an edited collection of the articles that Christopher Hitchens wrote for Vanity Fair following his diagnosis with oesophageal cancer in 2010.

The author, journalist and critic was a central and controversial figure in contemporary culture, whose writing constantly provoked disagreement (women aren’t funny, Iraq was a good idea and so on), and Mortality seems like a fitting capstone to his enormous body of work. Like Hitchens himself, it refuses to be defined along standard divisions. It rails. It does not go gentle into that good night.

Hitchens documents his crossing from ‘the Land of the Well’ into ‘Tumorville’ to demystify, grieve and reflect, as well as to laugh, and he is a marvellous writer. Barely a page in, I was reading out passages to my housemate, underlining and memorising – appreciating the blend of anger, wit, humour and sheer breadth of knowledge familiar to anyone who’s read his work.

Hitchens wears his atheism on his sleeve (which he then wraps around your face); he complains bitterly of pain and waste, fear and waiting-room etiquette. His black humour courageously weaves the process of dying vibrantly and inextricably to life. There are no spoilers here: the writer passed away in December last year. The final chapter is poignantly and simply unfinished notes, giving a great insight into his process.

Everybody should read this. We must all deal with death as much as life, and Hitchens tackles both with equal parts love, bite and wisdom.

Imogen Dewey is a bookseller at Readings Carlton. She reads chocolate and eats books. She has next to no general knowledge, but does have a diet quite high in fibre.