The King of Quizzical Island Digs Through the World 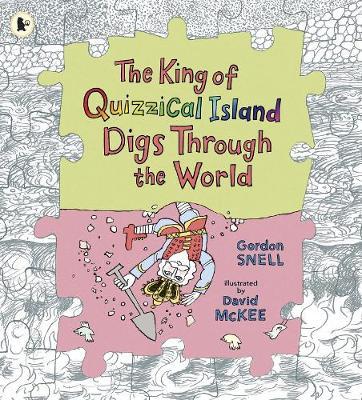 The King of Quizzical Island Digs Through the World

It’s time to dig deep in the second instalment of the extraordinary adventures of the King of Quizzical Island. The King of Quizzical Island/To prove the world is round,/Made a singular spade with a diamond blade/ And began to dig in the ground. The resolute King of Quizzical Island begins to dig a tunnel so deep that it will take him to the other side of the world. His quest leads him right down into the heart of the earth where he encounters all kinds of mysterious and mythical creatures, including the Monarch of Calcium, a huge Giant and a Dinosaur and Dragon perched in two large armchairs. Will he make it to the other side? What treasures of wisdom will he discover?