The Bartimaeus Trilogy, Book One: The Amulet of Samarkand 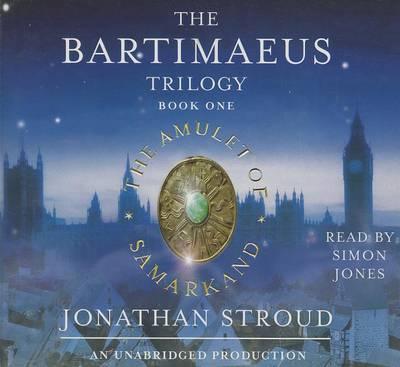 The Bartimaeus Trilogy, Book One: The Amulet of Samarkand

Nathaniel is eleven years old and a magician’s apprentice, learning the traditional arts of magic. All is well until he has a life-changing encounter with Simon Lovelace, a magician of unrivaled ruthlessness and ambition. When Lovelace brutally humiliates Nathaniel in public, Nathaniel decides to speed up his education, teaching himself spells way beyond his years. With revenge on his mind, he masters one of the toughest spells of all and summons Bartimaeus, a five-thousand-year-old djinni, to assist him. But summoning Bartimaeus and controlling him are two different things entirely, and when Nathaniel sends the djinni out to steal Lovelace’s greatest treasure, the Amulet of Samarkand, he finds himself caught up in a whirlwind of magical espionage, murder, and rebellion. Set in a modern-day London spiced with magicians and mystery, The Amulet of Samarkand is an extraordinary, edge-of-your-seat thriller with many unexpected twists. Following Bartimaeus and Nathaniel in turn, the story introduces us to two wonderfully memorable characters–destined to go through many adventures together and bound by a spell that is nearly impossible to break.