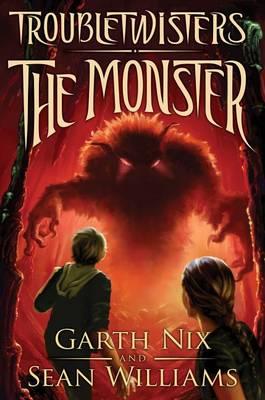 The spectacular new middle-grade fantasy series from bestselling authors Garth Nix and Sean Williams. Since moving to the town of Portland, many bizarre things have happened to Jaide and Jack Shield. The twins have discovered their own magical powers–and have seen how they can go horribly wrong. They have met cats who talk and humans who keep silent about deep, dark secrets. And they have begun their fight against a deadly force known only as The Evil.Still, Jaide and Jack have yet to meet the strangest resident of Portland. It’s a creature that only comes out at night, a beast that defies human description. Jaide and Jack have never seen it … but they’re about to. And when they do, destruction and disaster won’t be too far away.