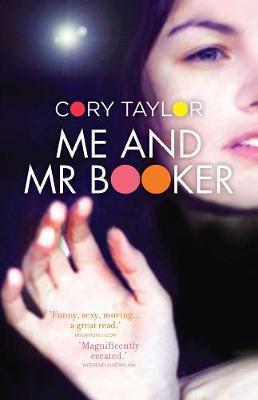 Everything I am about to tell you happened because I was waiting for it, or something like it. I didn’t know what exactly, but I had some idea. I know what Mr Booker would say. He would say what you lose on the swings you gain on the roundabouts.
Looking back, Martha could’ve said no when Mr Booker first tried to kiss her. That would’ve been the sensible thing to do. But Martha is sixteen, she lives in a small dull town - a cemetery with lights - her father is mad, her home is stifling, and she’s waiting for the rest of her life to begin. Of course Martha would kiss the charming Englishman who brightened her world with style, adventure, whisky, cigarettes and sex. But Martha didn’t count on the consequences.

One of the most unsettling things about Me and Mr Booker is how wry and funny it is, especially considering the plot is actually pretty grim when you boil it down. Martha is 16 years old and lives in a dull Australian town hours away from a big city. Viktor, her father, is insane – in the clinical sense of the word. Martha’s mother can’t shake Viktor off, and her brother is largely absent. Bored and lonely, Martha becomes smitten with the charming and hilarious Mr and Mrs Booker, and Mr Booker becomes smitten with Martha in a way that can’t end well.

For obvious reasons, some critics have already drawn comparisons between Me and Mr Booker and Nabokov’s Lolita. But Taylor’s novel flips the dynamic, examining teenage female sexuality from the girl’s perspective without ever dismissing her agency in the relationship. For that reason alone, some will find it an unnerving read. What helps is that it’s blisteringly entertaining. I was sent the final manuscript of the book, printed out half of it, greedily inhaled it on a plane, read the rest on a laptop until the batteries ran out, then desperately resorted to reading the last few pages on my phone. I should note here that Taylor is a friend of mine, but it’s really rare that I find any book that compulsive. Deftly written, Me and Mr Booker is a cracking read. And like the best coming-of-age stories, it reminds us that while teenagers grow up fast, it’s only because they’re surrounded by adults who behave like children.

Benjamin Law is the author of The Family Law.

END_OF_DOCUMENT_TOKEN_TO_BE_REPLACED

Arthur Wheeler is haunted by his infatuation with a Japanese youth he encountered in the enemy alien camp where he worked as a guard during WW2. Abandoning his wife and baby son, Arthur sets out on a doomed mission to rescue his...

Looking back, Martha could've said no when Mr Booker first tried to kiss her. That would've been the sensible thing to do. But Martha is sixteen, she lives in a small dull town - a cemetery with lights - her father is mad, her...