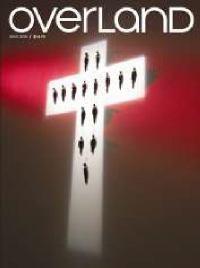 Lethal political violence in Scandinavia has almost exclusively been perpetrated by far-Right groups or individuals. Mattias Gardell, author of The Return of Torture, examines the Oslo massacre and the rise of the anti-Muslim right in Europe. Robert Bollard discovers his Indigenous heritage and considers what it means, while Arnold Zable, John Bradley, Kim Scott and Marie Munkara discuss the politics of Indigenous languages. Xavier Rizos explains the problematic logic of the carbon tax, Brad Nguyen considers the 2011 London riots and Rjurik Davidson analyses the right-wing logic of torture porn movies. Continuing Overlands tradition of debates, Australian Poetrys Robert Lukins and poet Ali Alizadeh are opposed about the notion of bringing poetry into the mainstream, while Stephanie Honor Convery and Katrina Fox disagree on the use of sex to campaign for animal rights. Finally, while Peter Slezak takes aim at the New Atheists, Sarah Drummond contemplates the death of a whale and the difficulties of parenting and Caroline Hamilton examines the promise of small presses in the age of digital publishing. New fiction includes an extract from Alexis Wrights forthcoming novel and stories by Stephen Muecke and Louise Pine. Plus correspondence, new poetry, cartoons by Judy Horacek and much more.

END_OF_DOCUMENT_TOKEN_TO_BE_REPLACED

Lethal political violence in Scandinavia has almost exclusively been perpetrated by far-Right groups or individuals. Mattias Gardell, author of The Return of Torture, examines the Oslo massacre and the rise of the anti-Muslim...