March Was Made of Yarn: Writers respond to Japan’s Earthquake, Tsunami and Nuclear Meltdown 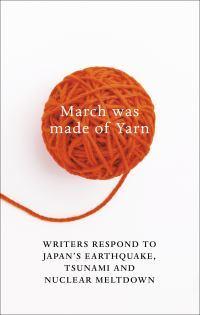 March Was Made of Yarn: Writers respond to Japan’s Earthquake, Tsunami and Nuclear Meltdown

Royalties from the sale of this book will go to charities working towards the reconstruction of north-eastern Japan. 11th March 2011. An earthquake occurring off the north-eastern coast of Japan - magnitude 9.0, duration six minutes - unleashed a 50-foot tsunami that within fifteen minutes had slammed its way ashore, rushing inland six miles, crushing all in its path - roads, airports, villages, trains, and buses - and triggering the slow, inexorable leak of radiation from five nuclear plants. This was just the beginning. The waves did not stop; nor did the aftershocks, which were themselves rolling earthquakes of terrifying magnitude. Nor did the danger from radiation, which was controlled incrementally, until the meltdown began. One year on, the overwhelming sense of loss endures. Life goes on, but life is not the same. The writers in this collection seek to explore the impact of this catastrophe through a variety of different means. The pieces - fiction and non-fiction, poetry and manga - reconceive the events of that day, imagine a future and a past, interpret dreams, impel purpose, pray for hope. Specific in reference, universal in scope, these singular, heartfelt contributions - by Yoko Ogawa, Ryu Murakami, Yoko Tawada, Kazumi Saeki and David Peace, among others - comprise an artistic record of a disaster which raises questions for all of us who live in the modern world.