The Blind Watchmaker: Why the Evidence of Evolution Reveals a Universe without Design: Library Edition 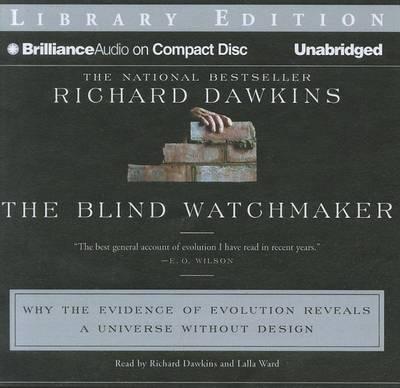 The Blind Watchmaker: Why the Evidence of Evolution Reveals a Universe without Design: Library Edition

Despite the theory’s age, The Blind Watchmaker is as prescient and timely as ever. The watchmaker belongs to the eighteenth-century theologian, William Paley, who argued that just as a watch is too complicated and functional to have sprung into existence by accident, so too must all living things, with their far greater complexity, be purposefully designed. Charles Darwin’s brilliant discovery challenged the creationist arguments, but only Richard Dawkins could have written this elegant riposte. Natural selection: the unconscious, automatic, blind, yet essentially nonrandom process Darwin discovered–has no purpose in mind. If it can be said to play the role of a watchmaker in nature, it is the blind watchmaker. Dawkins has done more than anyone else now writing to make evolutionary biology comprehensible and acceptable to a general audience. –John Maynard Smith As readable and vigorous a defense of Darwinism as has been published since 1859. –The Economist