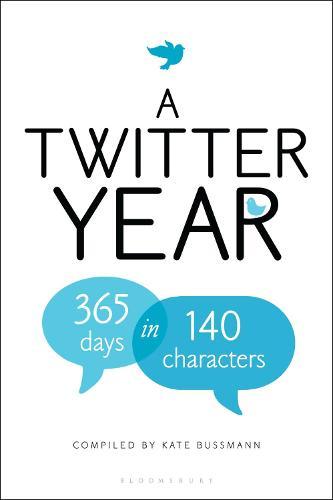 Where can you find first-hand accounts of the Arab Spring, Japan’s nuclear disaster or the Norwegian atrocities? Thousands flouting celebrity superinjunctions? X-rated snaps of politicians? A babysitter mistaken for a cricket match? Or Darth Vader’s advice to angry US voters? The answer, of course: on Twitter. The first of its kind, A Twitter Year distills a year of conversation, argument, revelation and revolution into a ‘review of the year’ as written by the Twitter community. With profiles of top users and fascinating stats, it captures the biggest events in current affairs, culture and sport - from the death of Osama bin Laden to the demise of the News of the World, the panic at the London Riots to the excitement of the Royal Wedding. In the year the social network celebrates its 5th birthday, Twitter continues to grow at an incredible rate. There are now over 200 million accounts across the world, including Lady Gaga, the British monarchy, Lord Voldemort and a lot of pets. A Twitter Year gathers some of the funniest and sharpest tweets to bring you a unique celebration of the way we talk now.

END_OF_DOCUMENT_TOKEN_TO_BE_REPLACED

Including a full glossary of online acronyms and Twitterary terms to aid the amateur, this title provides what you need to master the literature of the civilized world, while relieving you of the burdensome task of reading it.

The first of its kind, A Twitter Year distills a year of conversation, argument, revelation and revolution into a 'review of the year' as written by the Twitter community