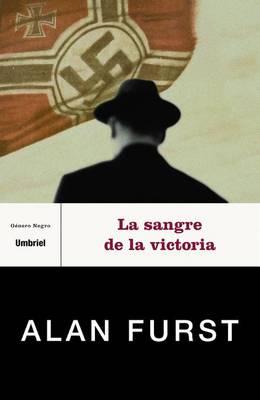 Critics who thought Furst’s previous novel Kingdom of Shadows lacked a clearly linear plot will find much to praise him for in his toothsome new historical espionage thriller. The novel (named for the Romanian oil vital to the German war machine) describes a daring operation to disrupt the flow of that oil from the Ploesti fields in Romania to Germany by sinking a group of barges at a shallow point in the Danube in early 1941. The motley group attempting this maneuver barely holds together: its members include a sultry French aristocrat, hounded Russian Jews, even Serbian thugs. And while the tale features the same period details as its predecessor, and stretches from Istanbul to Bucharest with detours in Paris and London, it reaffirms the signature Slavic focus of the author’s earlier books like Dark Star. This is literally personified in the novel’s protagonist, the dogged Russian migr I.A. Serebin, who has to dodge every kind of secret police from the Gestapo to Stalin’s NKVD ( Why, Serge?‘ Why not?’ That was, Serebin thought, glib and ingenuous, but until a better two-word history of the USSR came along, it would do ). Diehard Furst fans will appreciate the recurrence of several secondary characters from Kingdom of Shadows (especially a certain heavyset Hungarian spymaster). But even newcomers will be ensnared by Furst’s delicious recreations of a world sliding headlong into oblivion (wonderfully illustrated by Serebin having to drive a car off a cliff to escape with his life at the climax). Cahners Business Information, Inc.