King of Dharma: The Illustrated Life of Je Tsongkapa, Teacher of the First Dalai Lama 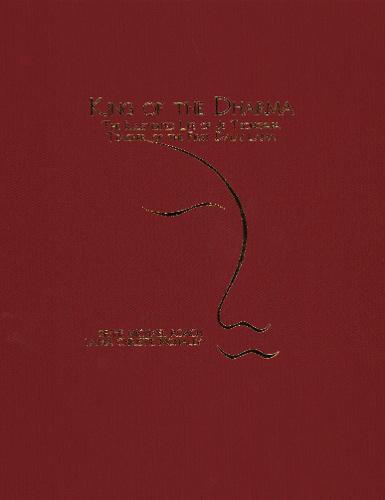 King of Dharma: The Illustrated Life of Je Tsongkapa, Teacher of the First Dalai Lama

March 10, 1959. Artillery shells smash into the Potala Palace in Lhasa, Tibet, home of His Holiness, the 14th Dalai Lama. Fleeing Tibet for their lives, the family of His Holiness took what they could carry, including a set of 15 scroll paintings called the Tsongkapa Eighty. As an art form, the scrolls are magnificent. As the retelling of the life’s work of Je Tsongkapa, the scroll paintings are irreplaceable. After reaching safety, the paintings were donated to a Kalmyk Buddhist Temple in New Jersey. Based on these paintings, the authors have researched and written an amazing work; it is the story told through the scrolls, and the history of how the paintings developed over the centuries. The book includes: - All 200 scenes from the original 15 paintings with captions, creating an account of Je Tsongkapa’s life, in text and paintings, nearly 1,000 color images! - A history of the Kalmyk Temple and how the paintings arrived there - A photographic journey that retraces Je Tsongkapa’s steps across Tibet - A definitive list of Je Tsongkapa’s writings, and the biographies of his life - Maps, produced with the help of the map maker for the Lord of the Rings books, which trace Je Tsongkapa’s constant travels to teach and to learn. - Contemporary painter Ori Carin’s, modern interpretations of several scenes. - A detailed review of Je Tsongkapa’s many roles: monk, philosopher, writer, meditator, yoga practitioner, poet, spiritual partner and diplomat, all depicted in the paintings.