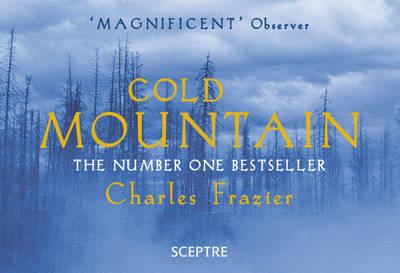 The phenomenally bestsellling novel, COLD MOUNTAIN has sold well over 1 million copies around the world, and into a huge budget film starring Nicole Kidman, Jude Law and Renee Zellweger. A soldier wounded in the Civil War, Inman turns his back on the carnage of the battlefield and begins the treacherous journey home to Cold Mountain, and to Ada, the woman he loved before the war began. As Inman attempts to make his way across the mountains, through the devastated landscape of a soon-to-be-defeated South, Ada struggles to make a living from the land her once-wealthy father left when he died. Neither knows if the other is still alive.

The epic journey of one man's life, by one of America's most outstanding writers.

A beautifully written novel which inspired the Oscar-winning film directed by Anthony Minghella and starring Nicole Kidman, Jude Law, and Renee Zellweger. Over 1 million copies sold in the UK.

The phenomenally bestsellling novel, COLD MOUNTAIN sold 1 million copies in the UK and was made into a huge budget film.

END_OF_DOCUMENT_TOKEN_TO_BE_REPLACED

The Adventure Of English: The Biography of a Language