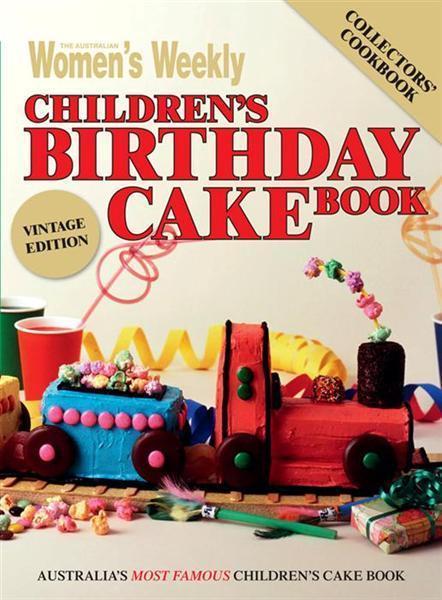 Australia’s most famous children’s cake book - reprinted in a collector’s edition.
The Australian Women’s Weekly’s Children’s Birthday Cake Book was first published in 1980 and has sold more than half a million copies. In response to all the requests we have had, often from mothers who remember fondly all the cakes from their own childhood, we have taken this book from our archives and reprinted it 30 years after it first appeared.
We have had to make a minor change - four of your little friends are missing, but they’ve been replaced by other cakes you’ll love just as much. Apart from that we’ve left it just as it was - a true collectors' cookbook especially for you.
Now you can recreate your favourite cakes - the swimming pool, rocket and that train from the cover for your own child.
$14.99Add to basket ›

END_OF_DOCUMENT_TOKEN_TO_BE_REPLACED

The Ultimate Book of Chocolate

The Art of Cake

END_OF_DOCUMENT_TOKEN_TO_BE_REPLACED

Now for Something Sweet

Smith & Deli-cious: Food From Our Deli (That Happens to be Vegan)