White House Years: The First Volume of His Classic Memoirs 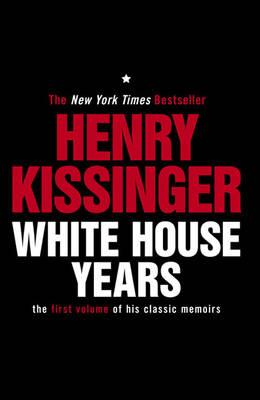 White House Years: The First Volume of His Classic Memoirs

This monumental work, covering Kissinger’s first four years (1969-1973) as Assistant to the President for National Security Affairs and President Nixon’s closest advisor on foreign policy, is one of the most significant books to come out of the Nixon administration. Among the countless moments Kissinger recalls in White House Years are his first meeting with Nixon, his secret trip to China, the first SALT negotiations, the Jordan crisis of 1970, the India-Pakistan war of 1971, and the historic summit meetings in Moscow and Beijing in 1972. He offers insights into the Middle East conflicts, Anwar Sadat’s break with the Soviet Union, the election of Salvador Allende in Chile, issues of defense strategy, and relations with Europe and Japan. Other highlights are his relationship with Nixon, brilliant portraits of major foreign leaders, and his views on handling crises and the art of diplomacy. Few men have wielded as much influence on American foreign policy as Henry Kissinger. White House Years, his own record, makes an invaluable and lasting contribution to the history of this crucial time.