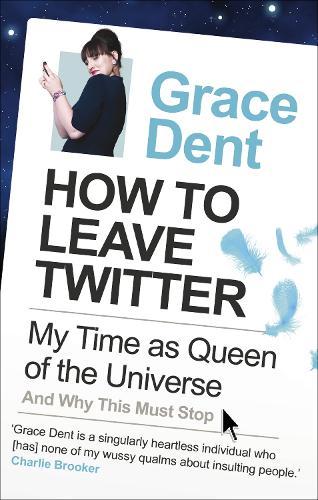 Three years ago columnist and author Grace Dent joined new social network site Twitter, mainly as a place to dump her surplus jokes, rant about garbage TV and post exclusive j-pegs of her hot new toenail-varnish. But as every ’re-tweet' and ‘Follow Friday’ saw her audience figures soar by tens of thousands, Dent found herself centre-stage in an all-consuming highly addictive social network revolution. One where the gags, gossip, scandal and backstabbing literally never stop. Here Dent takes a hilarious, acerbic look at what’s really going on in Twitterworld; who’s actually tweeting, who’s really reading your tweets and what’s behind the 140 character lies they tell. She looks at the highs and grotty lows of twitter addiction, the shameless social climbers, the friends you’ll make and the ones you can’t get bloody rid of, the barefaced bragging, the shameful celebstalking, and the truth about ‘twanking’, twitter cliques, angry ‘twitchfork mobs’ and dealing with trolls.

END_OF_DOCUMENT_TOKEN_TO_BE_REPLACED

Including a full glossary of online acronyms and Twitterary terms to aid the amateur, this title provides what you need to master the literature of the civilized world, while relieving you of the burdensome task of reading it.

The first of its kind, A Twitter Year distills a year of conversation, argument, revelation and revolution into a 'review of the year' as written by the Twitter community