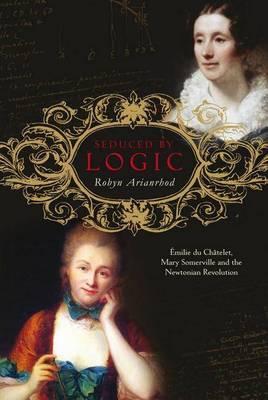 From the acclaimed author of Einstein’s Heroes, comes the gripping story of two of the most glamorous and influential women of mathematics Issac Newton’s Principia changed forever humanity’s understanding of its place in the universe - not with the traditional tools of theology or philosophy but with the seductive logic of mathematics. But it was feisty French aristocratic Emilie du Chatelet who played a key role in bring Newton’s revolutionary opus to a Continental audience. Together with her lover Voltaire, Emilie - a largely self taught scholar - personified the exciting mix of science, literature, politics and philosophy that defined the Enlightenment. A century later, In Scotland, Mary Somerville taught herself mathematics and rose from genteel poverty to become a world authority on Newtonian physics. Mary’s many books, and her charm, made her a legend in her own lifetime. Connected by their passion for mathematics, Mary and Emilie bring to life a defining period in science and politics, revealing the intimate links between the unfolding Newtonian revolution and the origins of intellectual and political liberty. Seduced by Logic is a thrilling foray into the lives of these extraordinary women - and the fascinating ideas that seduced them both. PRAISE FOR ROBYN ARIANRHOD’S EINSTEIN’S HEROES ‘Robyn Arianrhod’s passion for mathematics is so infectious, you’ll scream 'Eureka’ when you read her book.‘ HERALD-SUN 'I read this exhilarating book as I would a novel. Arianrhod combines a passion for her subject with an erudition that is rate for a storyteller’ Robyn Williams, ABC’S THE SCIENCE SHOW

Seduced by Logic is an impressively far-reaching book. At its heart is a double biography of Emilie du Chatelet (‘wonderfully outrageous’) and Mary Somerville (‘charmingly subversive’) who were both brilliant autodidacts and mathematicians. In her introduction, Robyn Arianrhod, herself a mathematician at Monash University, explains that ‘the very existence of these women was enough to encourage me to believe that I too could succeed.’

Both women were, specifically, authorities on Newtonian mathematical physics, and, more generally, very original thinkers: du Chatelet in France in the eighteenth century, and Somerville in Scotland at the beginning of the nineteenth century. Unsurprisingly, both encountered difficulty as women, in being recognised for their brilliance and hard work, although they did not go unnoticed.

Du Chatelet was an aristocrat who took Voltaire as her lover. She mixed enlightenment philosophy with mathematics. According to Arianrhod, ‘she was as scandalous in her sex life as she was extravagant in her manner of dressing’. Her relentless desire for knowledge culminated in her being the first person to translate Newton’s Principia into French shortly before her death. Somerville was a more sober character, but no less of a polymath. She became genuinely famous in her lifetime for her clearheaded mathematical writings.

A comparison between the two women’s lives provides the book with its structure, but does not limit its content. Arianrhod takes the wide scope of her book as an opportunity to discuss Newtonian mathematics, the history of the Enlightenment, and women’s education, to name just a few of her subjects. And no matter what the topic, her prose is natural, graceful and lucid.

In the final chapter, she suggests that, ‘in a sense theoretical physics is ultimately about language, especially mathematical language, rather than about “reality” itself.’ If this is the case, judging by her control of language, Arianrhod must be a particularly good theoretical physicist.