The Band Played On: The Untold Story of the Musicians Who Went Down withthe Titanic 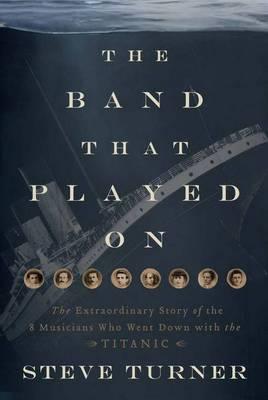 The Band Played On: The Untold Story of the Musicians Who Went Down withthe Titanic

‘MANY BRAVE THINGS WERE DONE THAT NIGHT, BUT NONE WERE MORE BRAVE THAN THE MEN PLAYING MINUTE AFTER MINUTE AS THE SHIP SETTLED QUIETLY LOWER AND LOWER IN THE SEA.’ When the Titanic collided with an iceberg on April 14th 1912, the eight members of the band had already retired for the evening. Still, they put on overcoats and came out to play in the lounge. When most of the First Class passengers had taken to their lifeboats, the musicians moved to the deck and continued to play as the ship sank. As Charlotte Collyer, a Titanic survivor, recalled- They kept it up to the very end. Only the engulfing ocean had the power to drown them into silence.‘ But who were these musicians? What journeys brought them to this deck on this icy ocean? Who did they leave behind? Until now, little was known about them and the events that led each of them to that ill-fated ship. In this lively and thoroughly researched account, historian and biographer Steve Turner retraces each man’s steps. Revealing eight unique and inspiring portraits of bravery, and offers a fresh perspective on the legendary sinking of the Titanic.