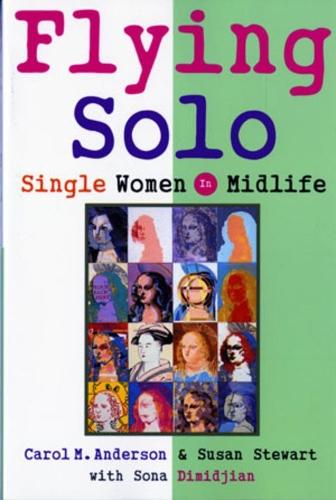 Unmarried at 40 - could there be anything worse? Our culture dictates that this woman is on her way down, a shrew or a lonely old maid, unattractive to men, a failure at catching or holding the golden ring of marriage. Yet, when psychologists Carol Anderson and Susan Stewart interviewed single women throughout the country - never married, divorced, with or without children - they discovered something different. Having confronted the old myths, these women are making choices, enjoying their own power, thriving on solitude and friendships. Their stories offer blueprints for living, as well as inspiration, for other women flying solo. Most of these women did not intend to be on their own at midlife. They had accepted the marriage and motherhood mandate as their destiny - until Prince Charming failed to appear or the sacrifices of marriage turned out to be too great. While giving up the dream has not been easy, at midlife they have not only reached some resolution but are also busily creating purpose in their own lives. The authors share these women’s stories and their practical advice on managing the mechanics of being single, transforming loneliness, redefining the importance of work, developing friendship and support networks, living with and without intimacy and sex with men, and choosing to have and raise children. In the process they define not just a new American lifestyle but a new American Dream.