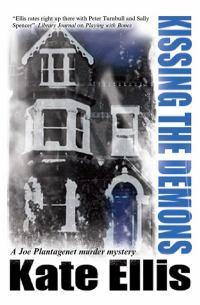 A spooky house with a checkered history leads DI Plantagenet into danger as he untangles a sinister trail. Thirteen Torland Place is a house with a disturbing past. Not only was it the scene of five terrible murders back in the nineteenth century, but the place is also linked to the disappearance of two teenage girls twelve years ago. When a student living in the house is found murdered, DI Joe Plantagenet wonders whether her death has anything to do with the house’s grim history. Then other, similar deaths come to light and he fears that a ruthless killer is at work in the ancient Yorkshire city of Eborby, a killer who deprives each victim of one of their five senses. Could the deaths be connected to Obediah Shrowton, an executed murderer whose presence still seems to linger in the house? Or is there a yet more sinister and dangerous explanation?