The Queen of American Agriculture: A Biography of Virginia Claypool Meredith 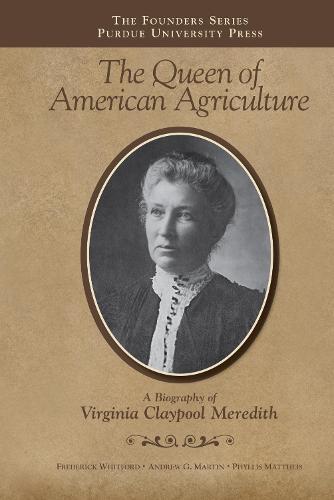 The Queen of American Agriculture: A Biography of Virginia Claypool Meredith

Virginia Claypool Meredith’s role in directly managing the affairs of a large and prosperous farm in east-central Indiana opened doors that were often closed to women in late nineteenth century America. Her status allowed her to campaign for the education of women, in general, and rural women, in particular. While striving to change society’s expectations for women, she also gave voice to the important role of women in the home. A lifetime of dedication made Virginia Meredith the most remarkable woman in Indiana and the Queen of American Agriculture. Meredith was also an integral part of the history of Purdue University. She was the first woman appointed to serve on the university’s board of trustees, had a residence hall named in her honor, and worked with her adopted daughter, Mary L. Matthews, in creating the School of Home Economics, the predecessor of today’s College of Consumer and Family Sciences.