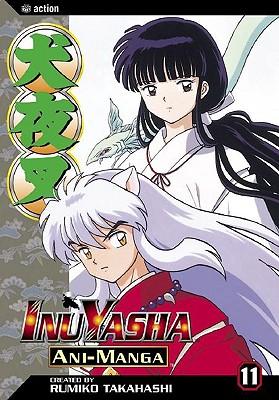 Kagome seems like an ordinary high school girl…until she’s transported to medieval Japan and discovers that her destiny links her to the powerful Jewel of Four Souls nad to a half-man, half-dog-demon named Inuyasha! Kagome senses something of Inuyasha’s struggle in the plight of another half-demon, the gentle giant Jinenji, who is unfairly accused of terrorizing his village…but can she convince Inuyasha to help? Later, when a poisonous fog spreads across the land, Inuyasha and the others are sure that the evil Naraku must be behind it. Now that Kikyo seems to be aiding Naraku, has Inuyasha’s hope of reconciling with his former love become completely futile?