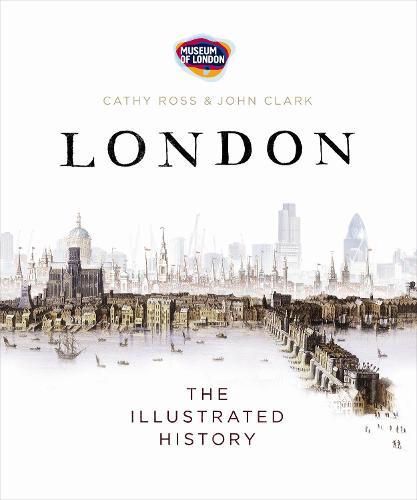 A unique, vividly illustrated history of London’s past, present and future Discover which prehistoric mammals would once have lived by the River Thames. Take a detailed look at the crystal palace of the Great Exhibition and an early map of the underground. See the locations of medieval plague pits, Tudor inns, eighteenth-century hangings and gangland crime hotspots. London- An Illustrated History offers a new perspective on one of the world’s most exciting cities, from Iron Age cemeteries to Victorian sewers, Viking raids to Zeppelin air raids, Roman temples to Jewish ghettos, Georgian brothels to the Great Fire, Roman arenas to the Olympics. Images, objects and expert text from the Museum of London, together with maps old and new, contemporary cartoons and paintings, startling artefacts and vivid reconstructions of ancient buildings, shine a fresh light on all aspects of the city’s constantly changing story. Invasions, epidemics, riots, pubs, shrines, crime, gentrification, immigrant communities, urban development and art are all here. Special ‘Survivals’ sections even show where remains of buildings from London’s past can still be seen today. The daily lives of Londoners and the city’s chequered history come alive in this book as never before.